After years of fighting it, I’ve come around to ‘Cold Calling’ as the answer to my ONE Thing Question.

(i.e. “What’s the One Thing I can do / such that by doing it / everything else will be easier or unnecessary?”)

Here are 6 reasons why I think it’s Cold Calling:

→ Most people are terrified of it (including me)

“Difficulty is what wakes up the genius.”

Jason Comely coined the term ‘rejection therapy’ which turns rejection into the pursuit of a game.

By seeking rejection, you overcome your fear of it.

→ Fastest way to cut through

), meanwhile I’ll be picking up the phone.

When was the last time someone called you and asked about your business problems (with the earnest intention of finding ways to solve them)?

My main objection to cold calling used to be that it isn’t efficient (it’s the only thing I can do at one time + low success rate + low enjoyment).

Now I value focus. Especially when it’s the most needle-moving activity (i.e. revenue generating) I can do.

‘Low success rate’ was a vague excuse for not knowing the math.

Turning it into a game with abundant rewards changes the enjoyment factor.

Another excuse of mine was that cold calling isn’t scalable.

Of course it is!

I can get good at it.

Then train a team to do it.

Sure it can be used to generate new business. How bout PR? Hiring? Funding?

In fact, I’d wager most problems in LIFE could be solved by effective cold calling.

So there it is. 6 reasons I believe cold calling is The ONE THING.

Should I be making cold calls right now instead of writing about it?

So: Baby Steps → Today, I made one cold call. Tomorrow, I will make three.

What’s your ONE THING? 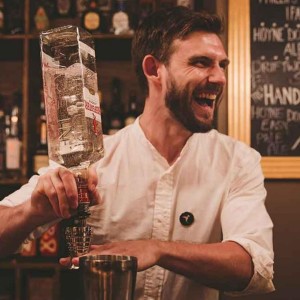